Home / Scotland / The History of the Scottish Flags

The History of the Scottish Flags 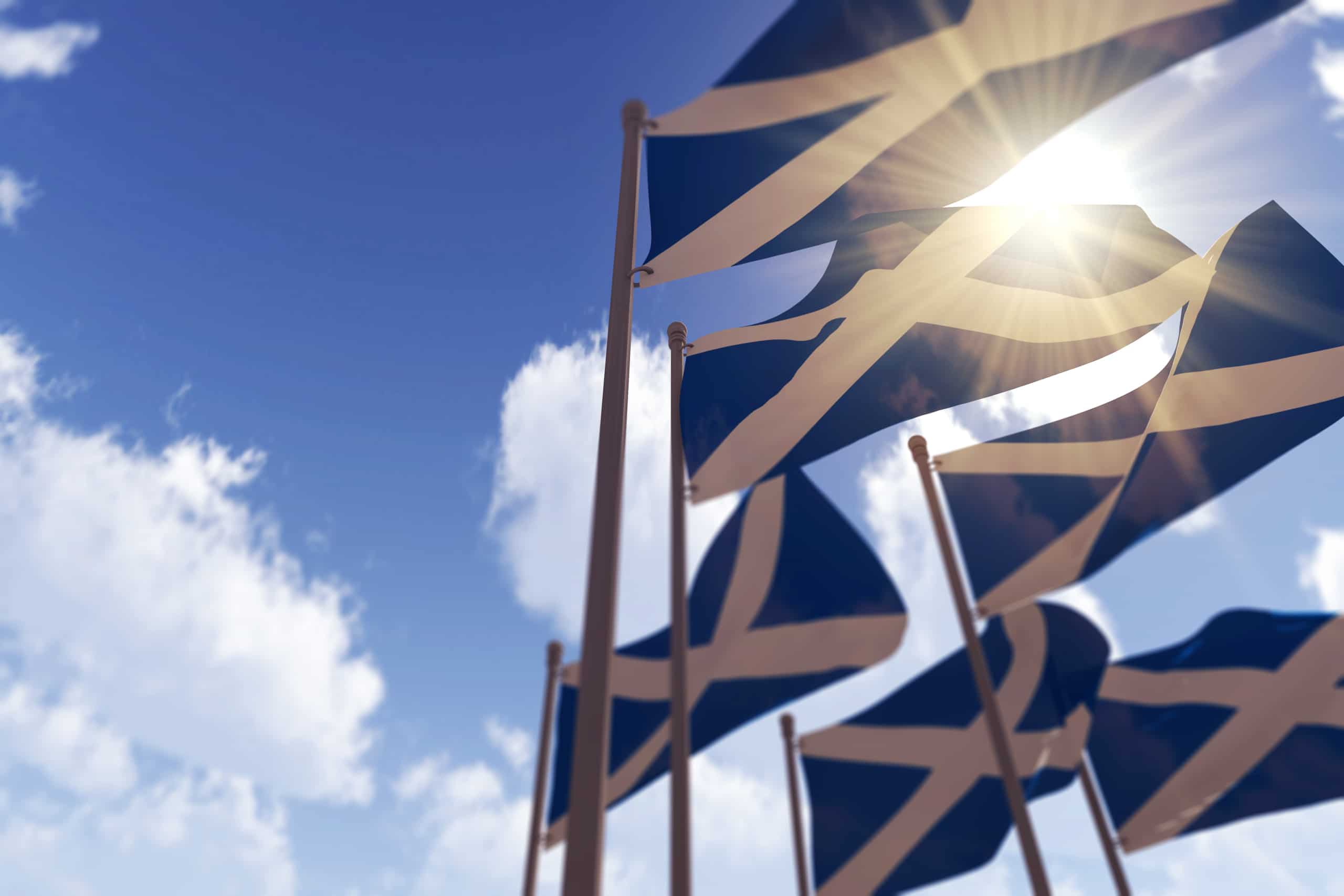 Recognized the world over, the flags of Scotland have flown high in pride for centuries. Scottish flags’ history is a chaotic one, filled with intrigue, exciting stories, and rich symbolism.

We are excited to present the rich history of Scotland’s two fine flags from our family to yours. If you are looking to share your pride in these banners, you can find some great gear here.

When It All Began, Maybe

There is a great deal of debate about when the familiar Scottish flag (featuring a blue background and Saint Andrew’s cross) originated. For certain, the legend begins with the namesake of the diagonal cross: Saint Andrew himself. Even his history has some discrepancies. 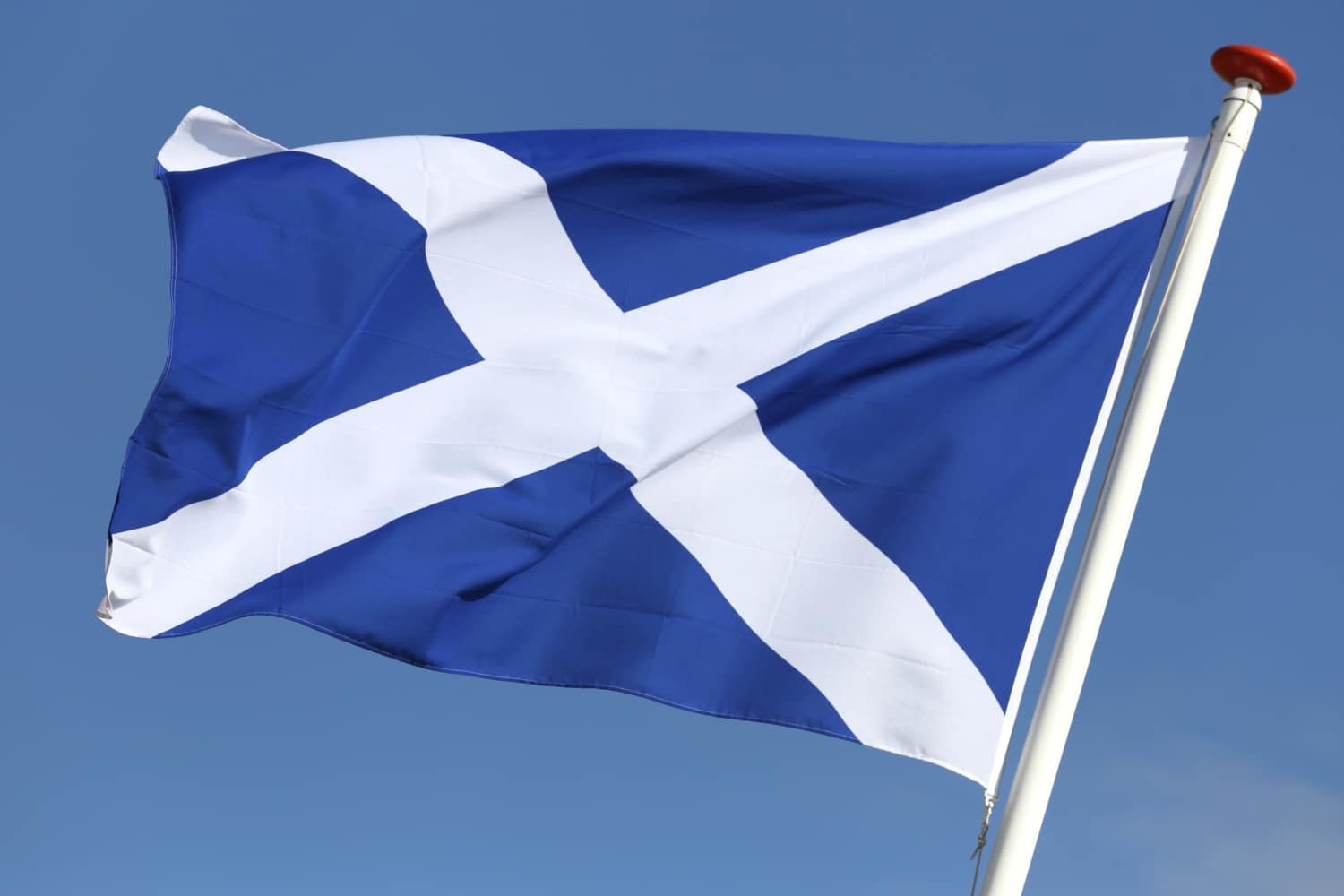 Legend states Saint Andrew was an incredibly dìleas (loyal) apostle of Jesus Christ. So devoted, Saint Andrew did not feel worthy of being crucified on the same type of cross as Jesus Christ. In this version of history, he requested to die on a “saltire.” This cross, similar to Jesus’ cross, only shaped like an X.

Another history’s telling says that Saint Andrew was in Greece when he met his crucifixion. In Greece, the most common form of crucifixion was upon a saltire. His death was a common practice, and his feelings about the vehicle of crucifixion were irrelevant.

It appears that good Saint Andrew did indeed meet his end on the saltire in any history. As he was such an illustrious figure in history, the saltire’s reputation and the name evolved into Saint Andrew’s Cross.

What does Saint Andrew have to do with Scotland? 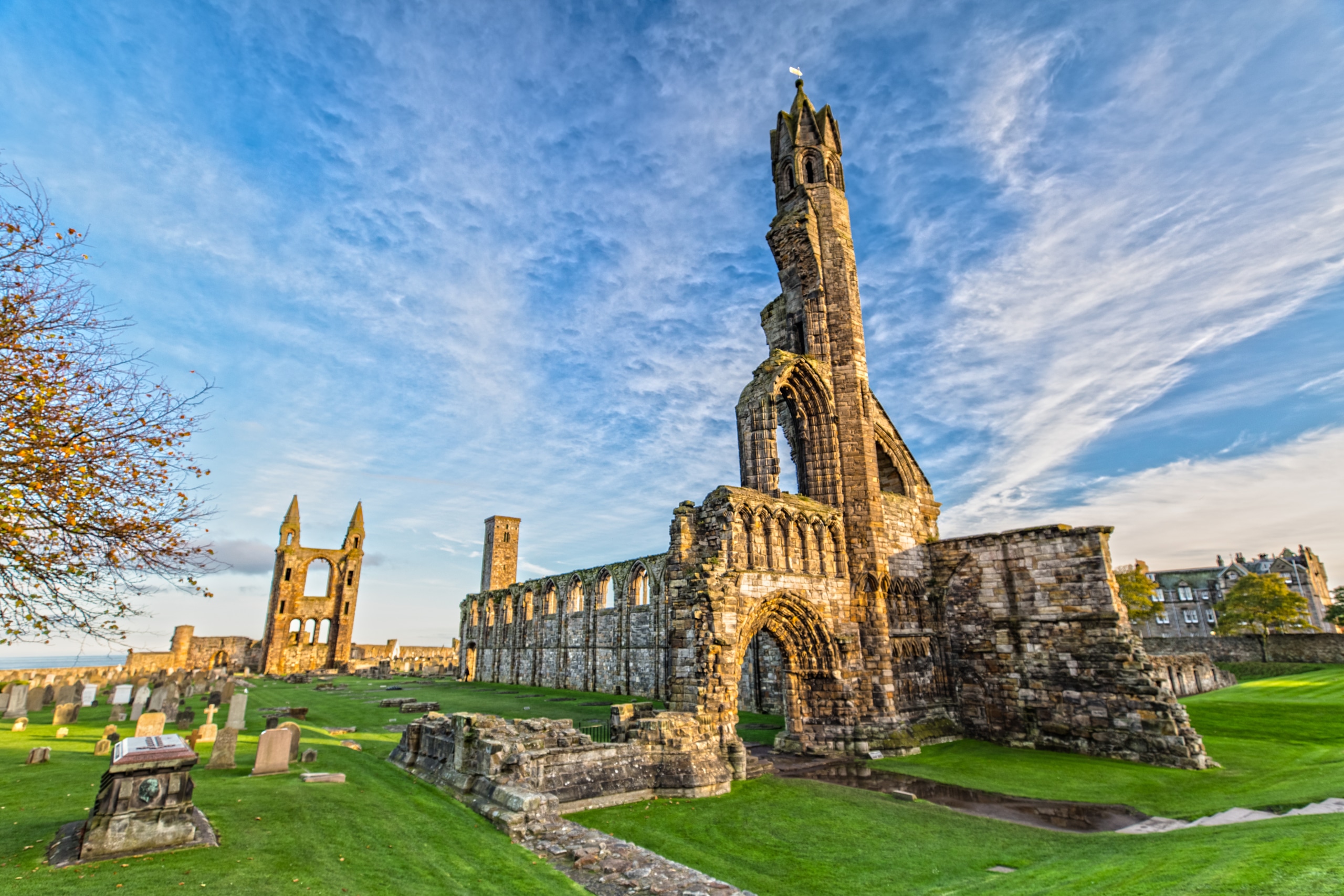 Saint Andrew was a traveler. Near and far he went, spreading the word of first John the Baptist, then of Jesus, throughout many a land. As such, one tale would tell that Saint Andrew, taken in by the beauty of Fife, had a church built there. Over the years, his church’s glory transformed the town to Saint Andrew’s in name as well.

Or was his connection a posthumous one?

Relics from the time of Christ made their way to all corners of the world, most lost today — but not so in the few hundred years following his death. Of course, Saint Andrew and the other apostles would have their relics carried in reverence across the land as well. Thus, his relics ending up in Fife, along with words of his greatness, may have prompted paid halò (homage) to the Saint.

Either telling has Saint Andrew becoming the name of a cross, name of a town and honored as the Patron Saint of Scotland (as well as other countries such as Greece).

Wow! And his saltire became the Scottish flag how? 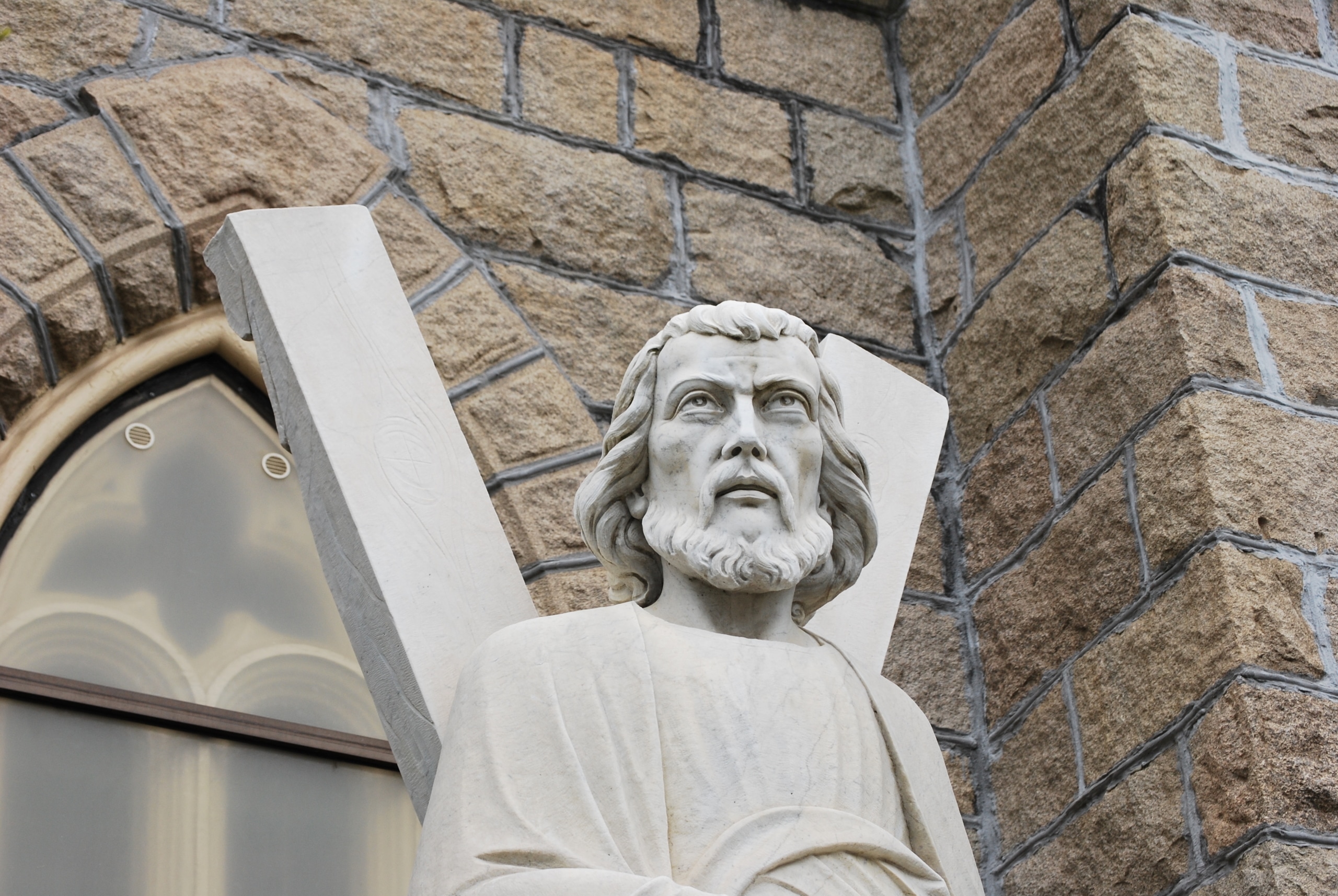 You may not believe this, but even the correlation to Saint Andrew to the main Flag of Scotland varies in the tale. However, a telling connects the flag’s aesthetic and how Saint Andrew became patron of Scotland.

In the mid-ninth century, the Picts and Scots banded together to defeat King Aethelstan’s Saxons. These fighters of both Picts and Scots were led in tandem by the Pictish King Angus MacFurgus.

This leader of Picts and Scots was afraid that they bit off more than they could chew. In eagle (fear) of an upcoming loss in the war, he did what great kings did and led his army in prayer. While he and his men prayed, they noticed something strange in the sky.

A blue sky served as a background to the arrival of great billowing clouds. Unlike clouds seen on any other day, these clouds grew to form a great saltire in the blue sky above.

As he was visited the night before by Saint Andrew himself, Angus could not ignore this mysterious sight after begging in prayer for guidance. The vision of Saint Andrew and the next morn, his cross, bolstered the good King Angus and his army, and through strength and courage, they won the battle.

Thus not only was Saint Andrew granted patronage over the Scottish people, but his cross against the blue of the sky also became symbolic. The image transformed into the Scottish flag we know and love today. At least, that is the most common tale for THAT flag. 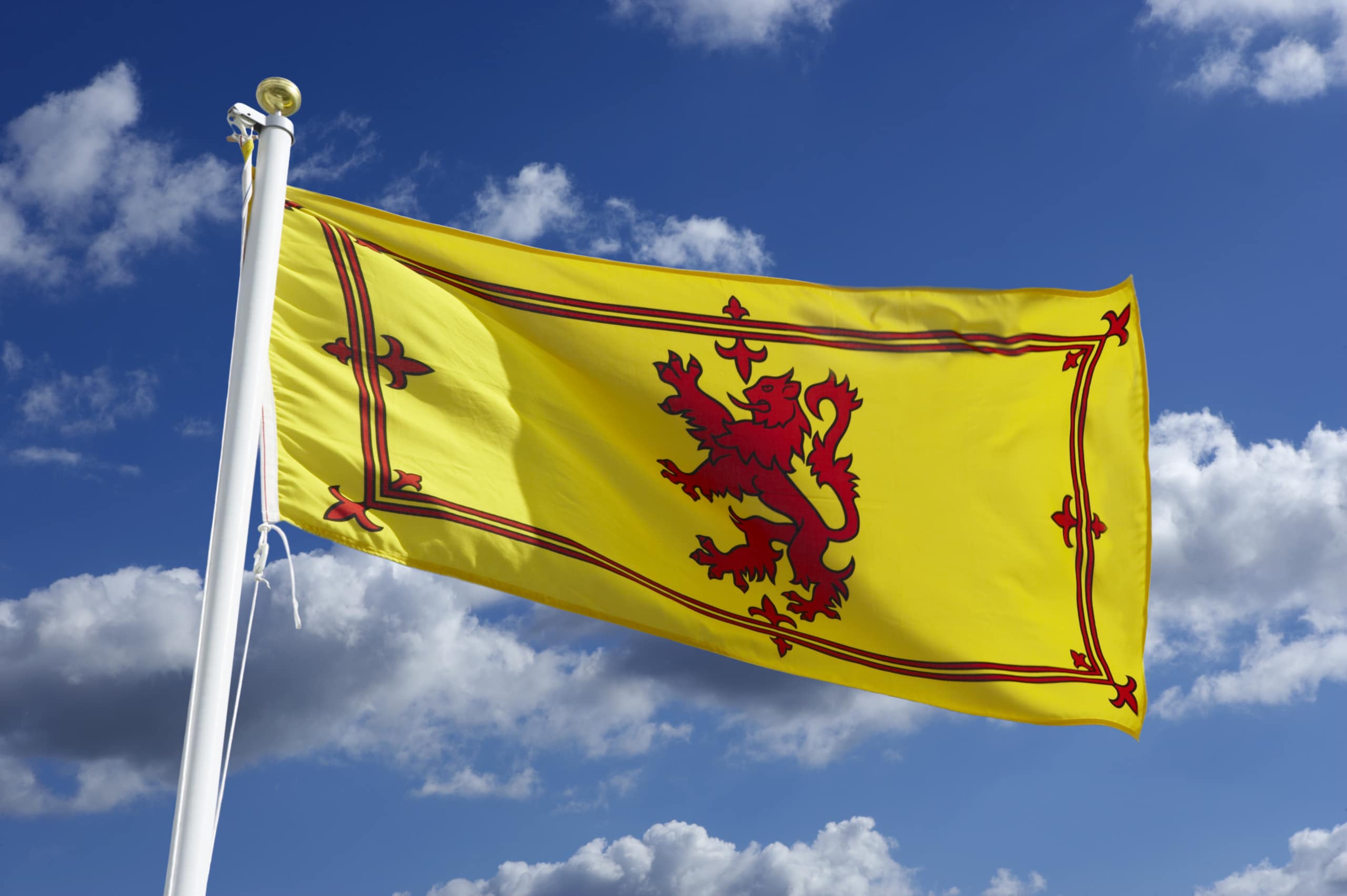 While it’s unofficial, Scots are such proud folk. Unsatisfied with one national flag—there had to be two. Enter the Lion Rampant.

Prepare to be shocked—this Scottish flag also carries with it some controversy and skewed facts. History shows that it originated with King Richard “the Lion-Heart.” The king’s nickname explains well the standard’s poised-to-fight lion. However, there is plenty of evidence to suggest that this was a symbol of heraldry long before good King Richard – up to several hundred years before.

Depicted against a bright yellow background, it displays distinctive red scrollwork at its edges. The red lion, in all its glory, is vivid in look when compared to the official Flag’s Saint Andrew’s Cross.

Even though it’s status is considered unofficial, it’s official enough to be the Bratach rìoghail na h-Alba (Royal Standard of Scotland). It is to be used only by the King or Queen of Scotland. It’s been relegated to Queen Elizabeth II, of course, and incorporated into her standards.

Although technically illegal to be flown about by anyone else, King George created an exception for the Silver Jubilee in 1934. Now, it is often waved about by sports fans at many events in the United Kingdom.

The Tales of Two Flags

Scottish heritage is rich, adventurous, and diverse. Why would our flags be any different? Their histories are stories passed down from generation to generation.

Each Scottish flag carries its tales and aesthetic. We are proud to offer your teaghlach (family) a wide variety of products that showcase each unique banner. 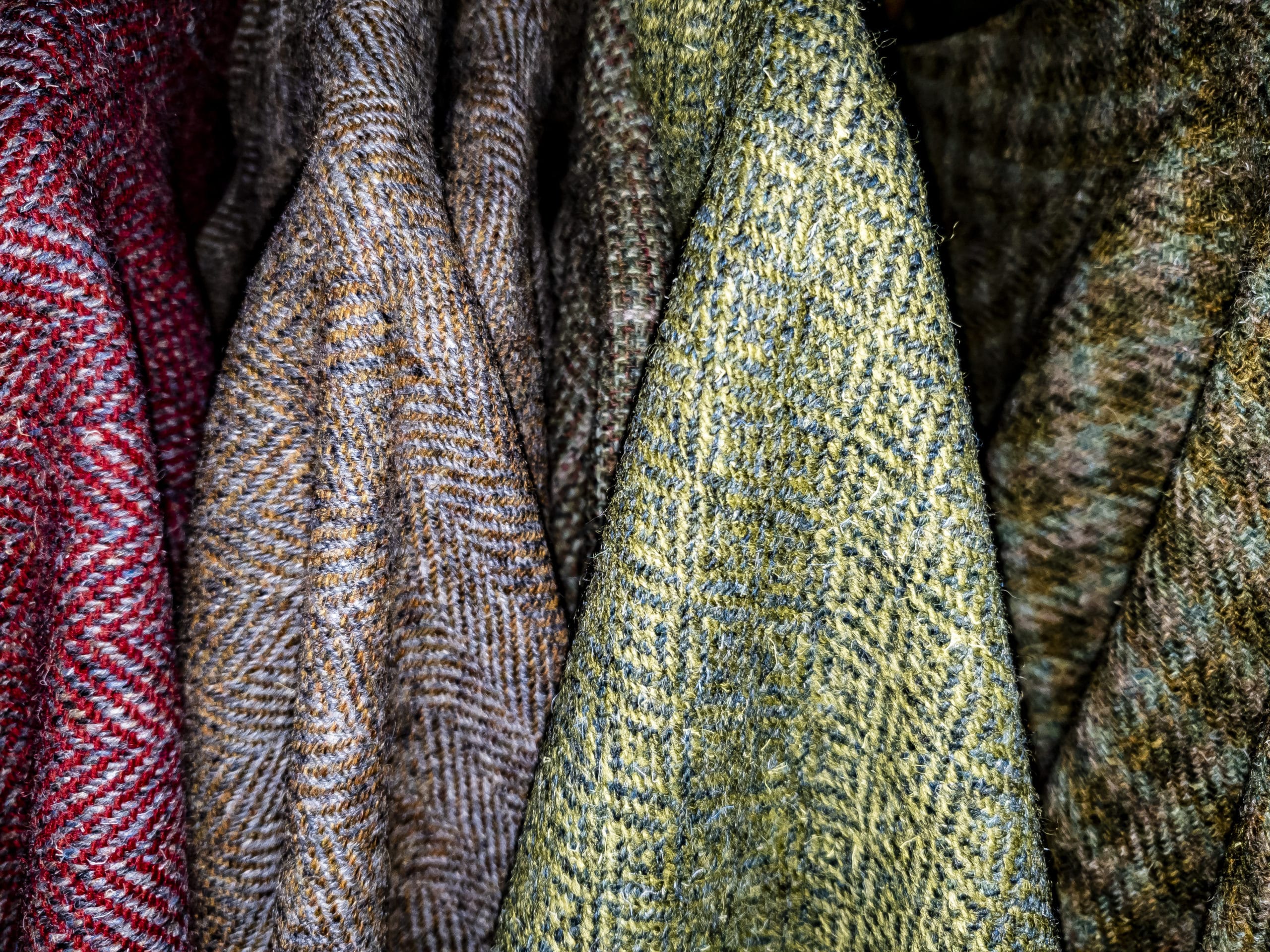 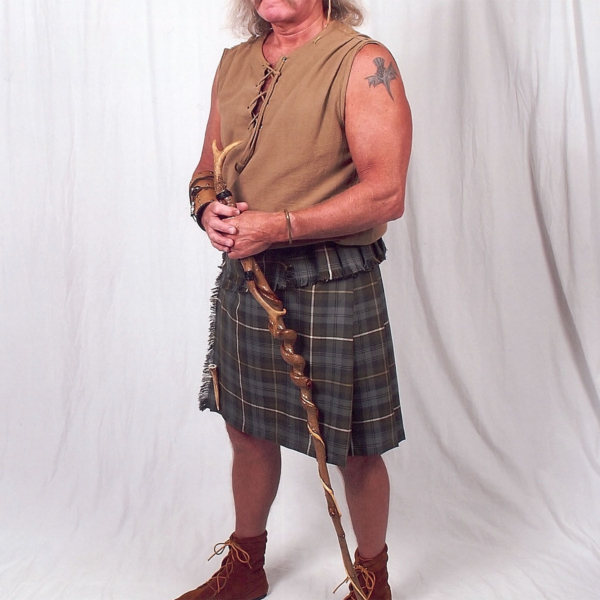 Made in the USA from medium weight (12/13 oz) premium wool tartan, woven in Scotland. Tartan availability is more limited, but if you are going to go with modern tartan rather than homespun, and if your tartan happens to be available, we recommend a medium weight kilt. 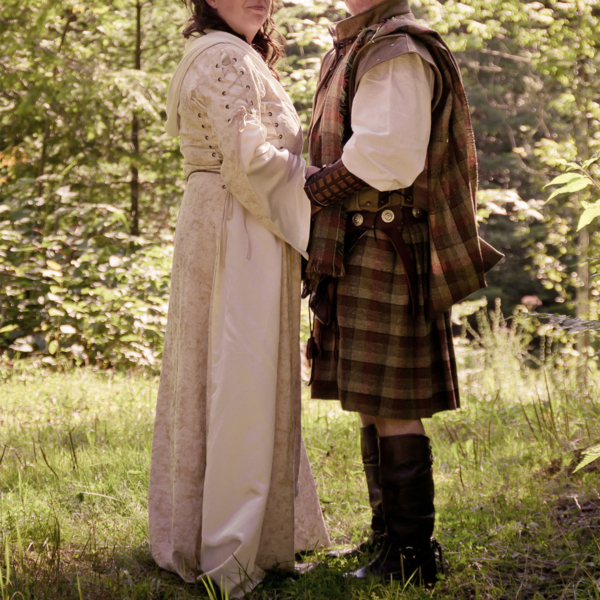 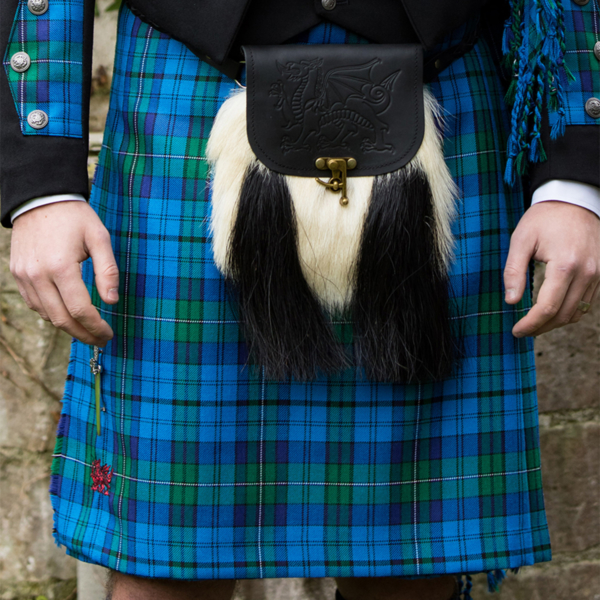 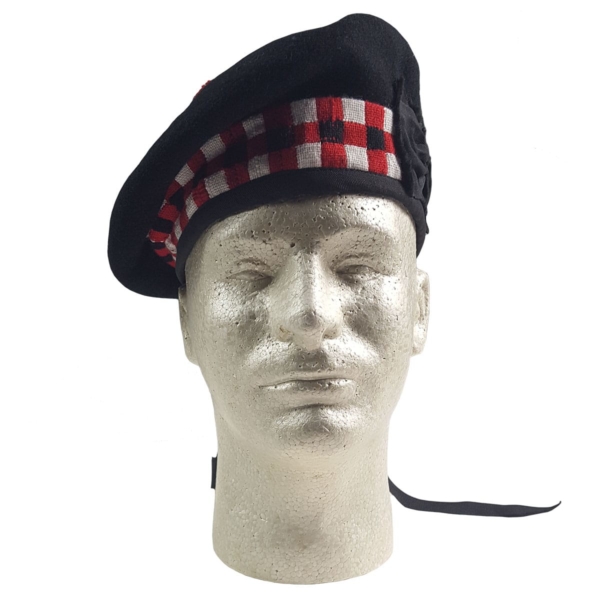