The common unit of settlement in Scotland was a village, or township centering on a farm. Initially the size of the farm was determined by the area that a plow team of one horse or ox could cultivate. This type of township was universal throughout the Western and Northern Isles, and probably was similar to that in much of the arable lands of the Highlands. A farm-able base was essential even where most of the land was fit only for rough pasture, for the state of travel was such that any farming community had to be as self-sufficient as possible.

Each farming township might have 10-12 tenant families, or households, although some were much larger, or as small as 1-2 tenants. An Englishman visiting the Isle of Lewis in 1630 to assess its possible value as a fishing center for Charles I wrote “The Lewis is divided into 4 parishes, in each of which there are some 20 towns, which towns are some half a score cottages built together near some piece of arable land where they make their abode in winter.” Within townships, holdings were not individually enclosed and run as separate units, but as in other parts of Scotland the ground lay open and was worked through various forms of shared cultivation. Beyond the arable lands of the township, lay an area of common grazing, which in hilly terrain might be quite extensive.

In open-field farming the most troublesome task was to protect the crops from the livestock. The means of achieving this was the erection of dikes around the arable land, outside of which most animals could be kept during the growing season. These were known as “head dikes”. Milk cows might be kept nearby in enclosures called “folds,” or “pounds”. Animals of one farm were kept from straying on to the lands of another by the erection of “march dikes” along the boundaries, although this was not usual except in large areas of arable land where neighboring townships lay close together. Dikes where generally built of earth and turf, although detailed descriptions come only from later writers for whom they were a curiosity found in backward areas. Between 1760 and 1786: “in Tirey and other islands many of the fields are enclosed with walls of earth, very broad at the foundation, 5, or 6 feet high and covered with grass from top to bottom. They are perpetually crumbling to pieces and create to the husbandman a constant annual toil.“

Country acts in Orkney and Shetland for 1615 have survived and identical provisions for the enforcement of good neighbors in each parish “in digging of their dikes yearly, and putting their swine to the hill” before April 15th each year, in “keeping and herding of their sheep” by the same date, and moving their horses and cattle by 1st May. Each township was to have a “poindfauld”, or enclosure to which animals found destroying crops where to be taken. Similarly by-laws made provision for destroyed crops to be assessed and compensation paid by the owner of the offending animal.

The arable land itself was allotted in a number of ways. Over large parts of the Western Isles there is no evidence that tenants held any arable land as a permanent attachment to their holding. There were, however, occasional exceptions. Bylaws show that tenants were all supposed to have kailyards, and not only to plant kail, or cabbage there, but also to raise young trees to be transplanted later to suitable locations in their holdings. In the Northern Isles tenants were also granted a “toumal” (a Norse term) for a piece of ground permanently assigned to a particular house. This may often have been used to grow crops, or grains used to help pay rent.

How the Land Was Worked

As for the arable land itself, there seems to have been wide variety in the way it was worked. In a large township with good land each tenant may have been well off enough to own their own plow teams. In other areas, the land was worked in common by the tenants with everyone receiving a roughly equal share, or with each tenant receiving whatever was raised on the section delineated in their rent. Occasionally, as in other areas of Europe, the arable land was divided so that each tenant had a share of good and bad land proportionate to the size of their holding. In Canna, the land was  divided into parts and lots were cast for them each Christmas.

Within the head dikes of the township there was also a certain amount of pasture: Strips of grass dividing various fields as well as fields left unplanted for a season to let them recover, ground to wet/rocky, or otherwise unsuitable for cultivation. As well as meadow land that too wet for grain crops but growing rich natural grass for grazing, or making hay. These were the lands which the animals had to depend upon when not turned loose on the common grazing. These were often divided in ways similar to the land under crops. The rough hill grazing outside the head dike was held in common by all the tenants. Tenants were obliged to keep their animals outside the head dikes from May 1st (or about the time the oats began to sprout). They would be kept in the nearer hill pastures while the bear (barley) was sown and peat was being cut for winter fuel. Then in June

they would be moved to the sheilings — the summer grazings where they lived tending the cattle and making butter and cheese until harvest, and fetching home the dried peat and recalled them to the farm. (Roughly mid-August in the Hebrides) In some period documents the farming township is referred to as “wintertoun”. On some of the Coast, or the Islands, the sheilings were by necessity fairly close to the arable land, since many of the men-folk would also be occupied at fishing during part of the growing season.

Rent and Other Expenses

The majority of households in each township would be renting their land. The landlord could be a local Laird, the laird’s underlings or tacksmen, or better-off farmers. The rent was the most important cost for the tenant farmers and was usually paid twice a year at Whitsunday (Pentecost) and Martinmas (November 11). The landlord’s chamberlain, with clerks as “serjeants” in attendance sat to receive the rents for several days. The rent was often paid in three parts: “maill”, or money-rent, “ferme”, or grain-rent, and small payments in kind, or “kane” made in poultry or cheese, or butter. The grain rent was paid using staple crops of bere (barley), oats, peas, and wheat. Wheat was not often used by farmers as food, but was raised for sale as a cash crop, or part of the rent. Occasionally rental agreements included “carriage,” i.e. transporting crops, or goods for the landlord when required.

The farmer’s annual expenses did not end there. Autumn and winter, tenants were “thirled,” or obligated to bring their grain to be ground at the landlord’s mills. Thirlage continued throughout the 17th and much of the 18th centuries, and was greatly resented by the farmers. It was not only time-consuming to take the grain to the mill, and wait in line for it to be ground, but additional fees had to be paid as well. “Multure” was a tax on the amount of grain that was ground – paid in grain itself, and paid to the landlord, or tacksman who owned the mill; a portion went to the working miller himself, as well as a portion to the miller’s servant. To enforce the practice, the use of querns, or hand-mills was prosecuted. As a result, the miller was often an unpopular local figure because he operated a local monopoly, was often suspected of cheating, or was felt to be in league with the landlord.

The next expense were the teinds, (tithes in English), or tenth part of all produce that was to be paid to the church. Before the Reformation, while monasteries still held some power, the local abbey may have been the farmers’ landlord as well. As a result of the payment of rents, as well as the teinds, the parish could often have a surplus of grain, or other farm produce, which was then sold back to the parishioners. In large parishes, further complications arose when the teinds was not collected directly, but were leased to a tacksman for collection in return for a percentage. This naturally led to all sorts of cheating, favoritism, or threats and assaults by the licensed collector. On top of the teinds, were also “Pasche (Easter) fines” that were special fees for
the parish priest.

In farming households that were large enough to have servants, or farmhands, the farmer had to pay servants’ fees at Whitsunday and perhaps a pair of shoes, linen, or garden space. To end, there were also the “occasional” payments that occurred at irregular intervals. These included “grassum”, which was whenever the tack, or lease, on the holding was due for renewal. This was in cash and could be equivalent to several years’ rent. “Entry-silver” was paid by new tenants, and heirs could be expected to pay double the annual fee when they inherited the family holding.

The Crofter and the Laird

Considering the poor farm land in many areas of Scotland, it is easy to see how a minor setback could result in going into debt, or losing the holding altogether. The book “The Crofter and the Laird,” gives a fairly clear picture of a tenant farmer in the islands. Although it was written during the 1960’s, it looks at one of the last crofters of Scotland who was attempting to maintain the traditional relationship between himself and his laird. It describes how, in addition to the farming, the crofter was forced to supplement his income and diet by collecting shellfish along the shore, shooting the occasional wild goat in the hills, (Sure-footed goats were encouraged to live in the hills. Being territorial, they would keep sheep away from the heights were they might fall and get killed) trapping lobsters for sale, as well as being on-call at the local ferry to help load and unload crops, or livestock being sent to mainland Scotland. He tells of a year when he lost forty head of sheep — the equivalent to four years savings — when the ferry bringing them to the mainland struck a rock and sank. 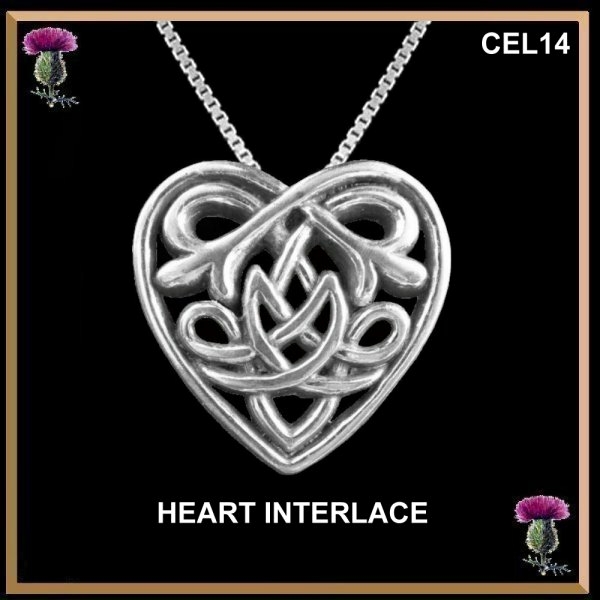 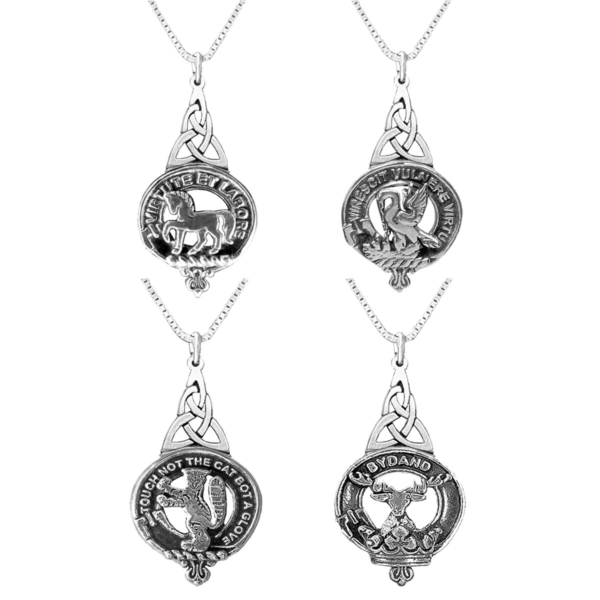 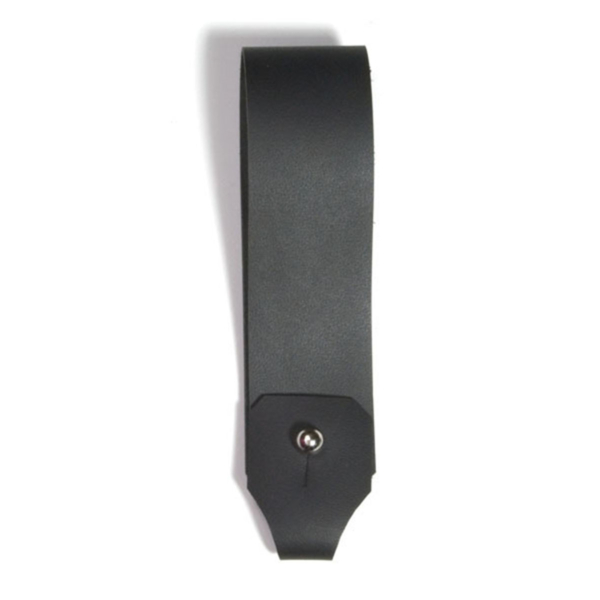 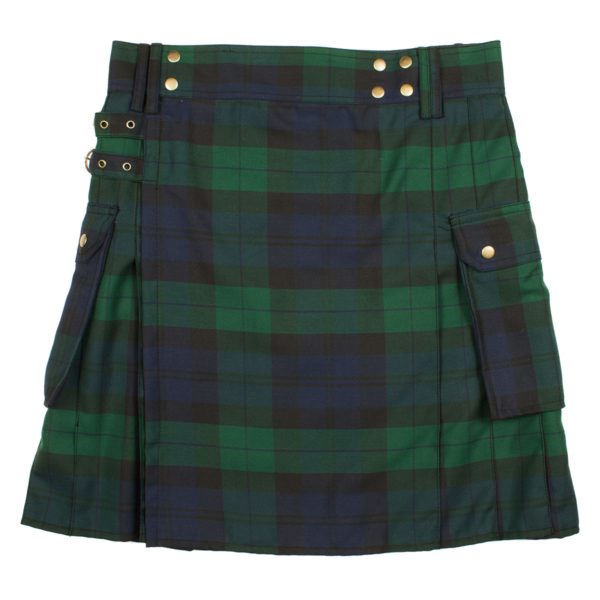